It wasn't until the 90's that the startup world began to take shape. Back in the days, working for a startup was not a popular choice at all, most people would opt to work for a big corporation because of the impressive reputation that precedes the brand, job stability, better mentorship, and higher salary among others, which are not typically found in a startup. Arguably, that is still the pattern to this day, however, it's much less prevalent.

Today, startup companies are a dime a dozen, most don't last long enough to realize the dream but some companies like Alibaba, Airbnb, and Uber have escaped the valley of death and eventually become a 'Unicorn' to tell the tale. The shift from working in large corporate firms to startups is fueled by the infinite possibility of achieving hyper-scale and a shot at changing the world. The second reason is the fundamental shift in what people are looking for in their work. I think most people could agree that the working life in a startup is quite different from that of corporate. For instance, in a startup there's a real sense of ownership in your work, and your efforts contribute to a significant chunk of the company's total output since there are fewer people. In big companies with over 10,000 employees, your effort contributes close to 0%. It's also more dynamic to work in a startup since you will be expected to take on responsibilities aside from your core, which opens up opportunity to explore and pick up new skills.

Quite frankly, both startups and big corporations can take a few pages from each other's book. But since startups are all the rage these days, this article will focus on what big corporate firms can learn from startups.

With limited resources at their disposal, startup companies are constantly looking for ways to fill that gap. The most common way is to turn to investors for funding, a close second is perhaps collaborating with other companies and especially big corporate firms. It makes a lot of sense for startups because it can potentially help them to develop their products, create a successful reference cases for future sales, and establish a wider customer base, amongst the many others. However, it's not all one-sided, there are good justifications for corporates to work together with startups which suggest that they should be more proactive in looking for collaboration.

The business landscape is changing rapidly with innovation spearheading the realm and corporate firms are slow and tricky to pilot as far as innovation is concerned due to their risk aversion, rigid processes, and bureaucratic management. In contrast, startups are not encumbered by such. They have the freedom and capacity to think out of the box and develop a truly innovative solution that allows them to leap frog over big corporations. Take Uber for example, founded in 2009 and without owning a single car has exceeded the market capitalization of BMW that was established 102 years ago. By having a more proactive culture of collaboration, corporates can secure future competitive advantage and also increase revenues and margins in their core business, as well as foster a more agile and entrepreneurial culture to boost creativity and innovation within the organisation. 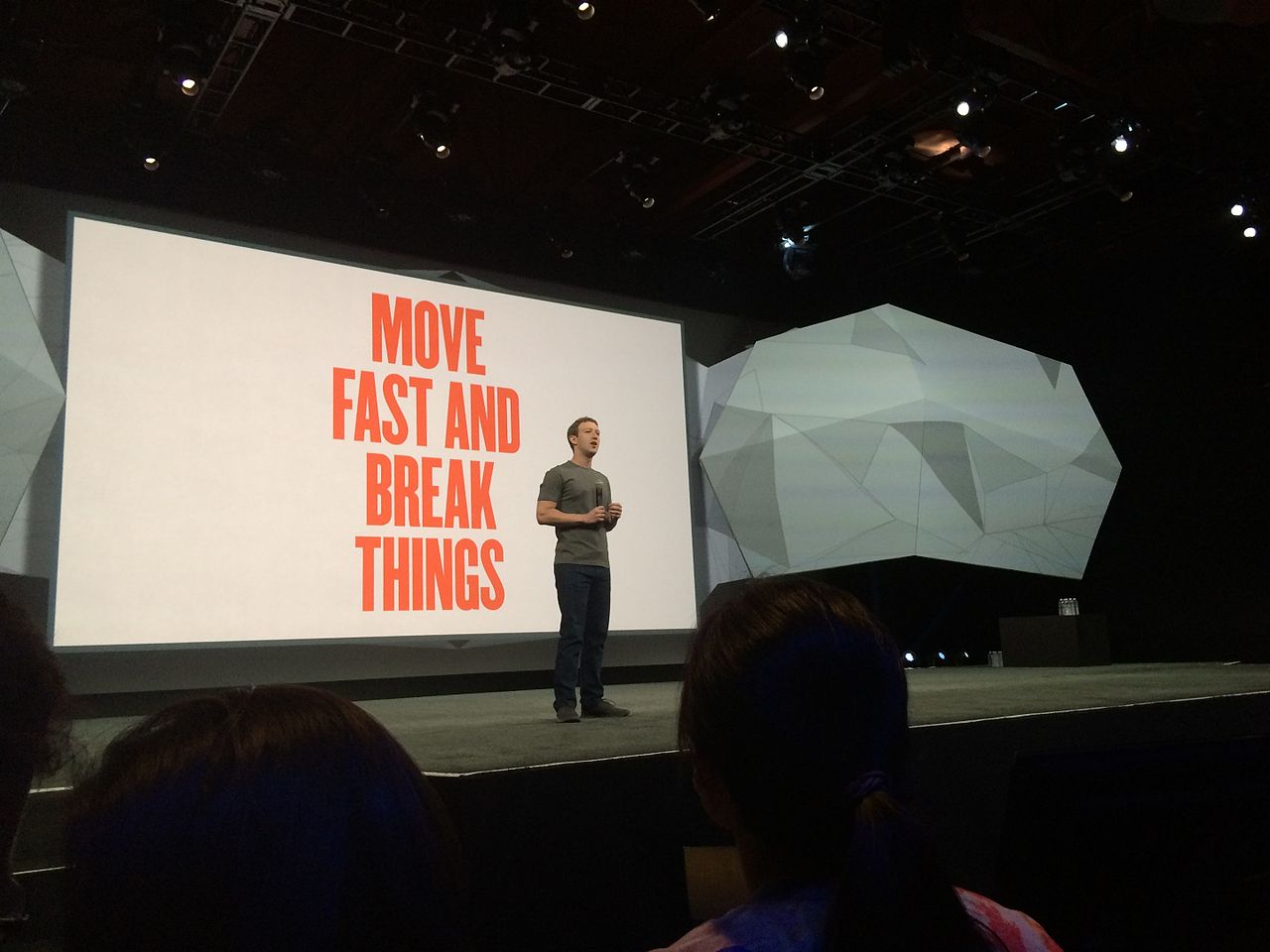 Move fast and break things - a motto that originated from Facebook of the early days has not only become the Silicon Valley homegrown attitude but also the value that is ingrained in every startup. It's a 'hacker' way of working but without going too deep into the context of computer programming, in essence, move fast implies working quickly, taking idea into implementation, and getting the first prototype of the product for iteration out there. And when you move fast you are bound to break things but the goal here is not to be perfect, it just has to function perfectly to be introduced to the market and fix a problem that shows up as you go. This approach is what the big corporate firms struggle with due to it's size and organisation in place and rightly so as it would be very taxing to fix the broken pieces, which is why Facebook abandoned it's old mantra for "move fast with stable infrastructure". So while it's not always applicable, the point here is to embody the spirit of moving fast and breaking things - pick up the pace of work, cut the red tapes, take (calculated) risks, and think out of the box!

Read also: Choosing the right workspace for your business

In a startup, it's more than just a job for most people. They care about the product and are driven by a vision and goal that everyone in the company is working collectively to achieve. The one thing you'll realize being in a startup is the employees's enthusiasm and commitment to their craft, whether it's sales, product development, or marketing, they execute it to the highest level because they know the decision and work they put in will determine if the company will still be in business in a few months. This is especially true for startups in the early stages. Whereas in big corporations, that kind of passion and attitude among its employees are not quite present. Many people have the 'job work' mentality where they work from 9 to 5 and then forget about it as soon as they leave the office, while there's nothing wrong with that, it's nice to feel inspired at work. Having said that, passion is not something that can be studied and learned,.

Employees in a startup, especially a smaller startup with less than 100 people have the opportunity to make themselves heard and that's only natural, considering the difference in the structure of command and the lack of hierarchy. A top-down approach that's typically practiced in large organizations is not a winning strategy in the startup world. It's important even for a big company to get input from employees that are on the ground as they are the closest point of contacts to customers, without the opportunity for employees to speak up and have a discussion with senior leaders, valuable insights can get overlooked and miss the chance to improve process and strategy of the company. Job finders these days are also considering what is meaningful work for them, they want to make an impact and feel valued in the organization and without the chance to voice out, provide input or constructive criticism may leave them feeling demotivated and unimportant, lowering job satisfaction.

When a company has progressed so far and grown so big they sometimes forget what got them there in the first place. Technology is changing the business landscape, perhaps big established corporate firms can learn a thing or two from the new kids in the block!