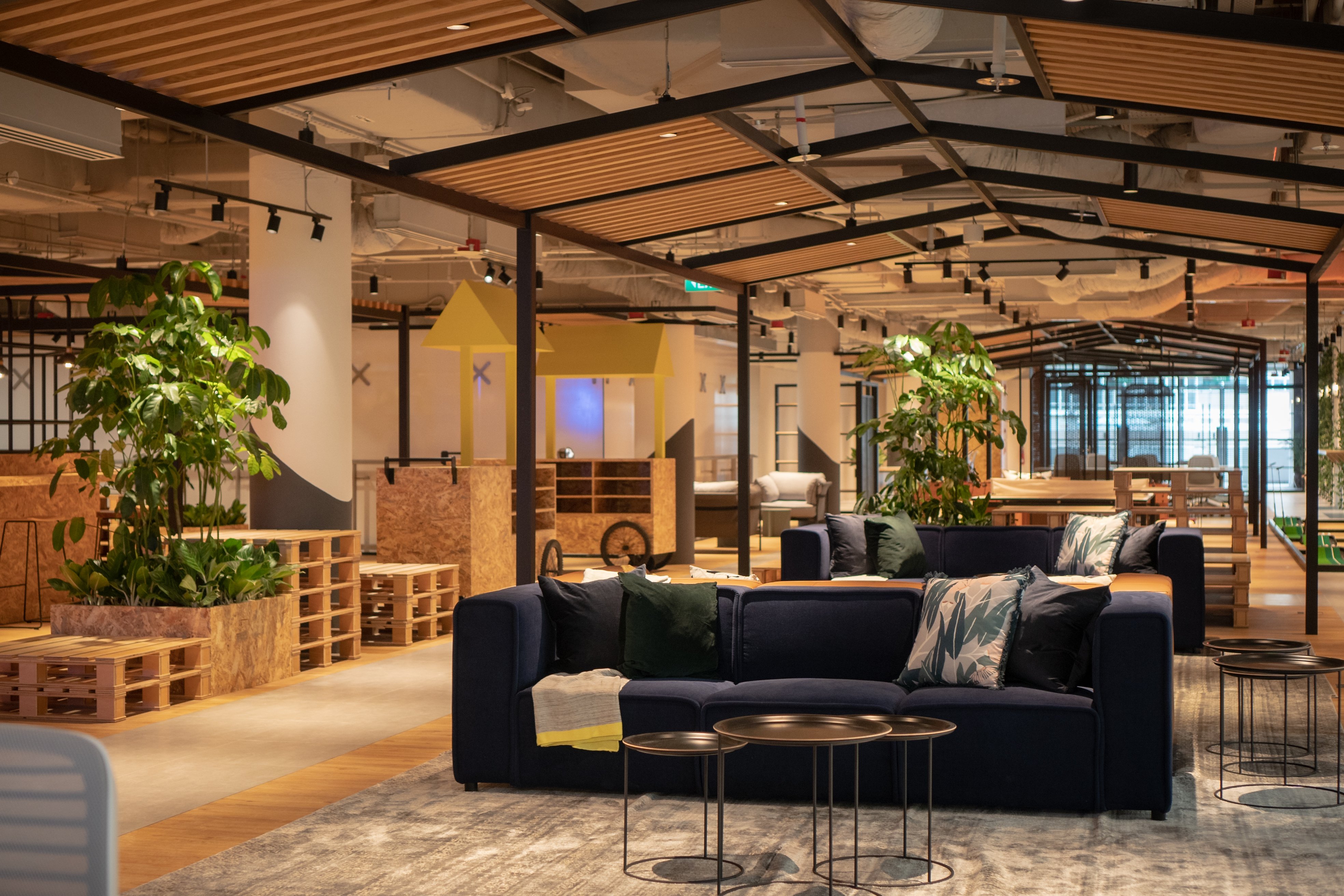 There’s a quiet revolution going on in the workplace in terms of design. As the nature of work continues to change in the increasingly interconnected business environment we find ourselves in, so do the definitions of what constitutes a workplace. No longer are offices simply silos in which to house employees. Today, offices are geared towards the people - thoughtfully designed to not only increase productivity but, to put it simply, make people happier.

This notion isn’t a 21st century epiphany however. The German design group, Quickborner, sought to reinvent the office landscape - what they termed Burolandschaft - of the 1950s by designing it in such a way that would create more interactions between colleagues whilst still offering some privacy. This translated to offices that consisted of rows of desks with partitions. However, in the age of typewriters and smoking indoors - distractions ran rampant. Enter Robert Propst, the head of the research arm of Herman Miller. Finding inspiration from his own working style, Propst designed the Action Office. It was made up of modular components that provided larger work surfaces and the option for multiple desk heights with better acoustics to muffle office chatter. The goal was simple: by providing more personalized workspaces, people would be happier, healthier, and more productive.

However, executives care little for the individuality of their employees and as Propst’s invention went on the market in the 1960’s they cherry-picked the space-saving and cost-saving aspects ignoring the humanizing purpose of the Action Office. So as his idea was distorted by decision makers in favor of increasing profits, the age of the cubicle farm was ushered in, which Propst aptly termed “monolithic insanity.” And it wasn’t long before people were revering the open office layout that Propst had tried to avoid. 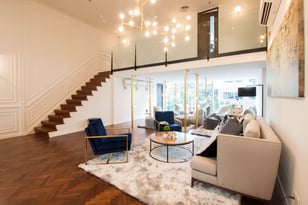 Fast forward to today we are again seeing the open-concept - or at least a hybrid version of it - dominating how offices around the globe are being designed. The reasoning behind it is simple: an open office encourages open minds. In other words, the fundamental difference between the adoption of the open office layout today and half a century ago is a focus to the people rather than to profits. Or rather, there is an understanding today that an office isn’t simply an amortized asset but an integral tool for growth.

Research has shown that a workplace environment significantly impacts productivity, employee satisfaction, and absenteeism - in fact when an office is mismanaged, employee performance has been shown to dip by as much as 30%. So it’s not simply a matter of having a trendy looking space - there is a quantifiable result associated with office design.

Offices are also having to adapt to the changing nature of today’s workforce. As more people work remotely, across time zones, and with a focus on tasks completed rather than hours logged, the need to come in and work 9-5 at an assigned desk becomes null. It’s a shift in thinking about work as a place you go to work as a thing you do, and with the proliferation of WiFi, work can be done anywhere.

One Size Doesn’t Fit All

Then came coworking spaces. They’ve been around for a while but it is only relatively recently that they have garnered the mass popularity - with blogs (both individual and company-owned), research firms, and other forms of publication all reporting on the topic. This spike in popularity is due to many things but one of them is linked to this shift in understanding of an office as mentioned earlier.

As more people seek out flexibility in their work lives - whether this translates to working from different locations or working the hours they choose - coworking spaces continue to be the preferred working environment. Each is uniquely designed with the same goal: to increase the productivity, success, and ultimately the happiness of each member.

So let’s take a closer look at how these new workspaces are actually designed.

Up in the Clouds

First to mention is the overall change in office layout thanks in large part to the increased adoption of cloud-based software. As more people store documents in the cloud, having dedicated sections for filing cabinets, printers, photocopiers, and storage rooms decreases in priority. In turn, office spaces are getting smaller and as a result furniture has to work harder. Just as the notion of work has changed, so has our notion of furniture. Today, the expectation is that furniture needs to be multifunctional, customized not only to the needs of people using it but to the space it is placed in. 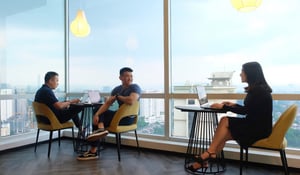 Due to this, we are starting to see multi-purpose furniture enter the workplace - ones that not only act as stylish additions to the room but also a practical purpose. This could translate to either as storage, as ways to divide up an open space, or as a means to meet different work modes.

Similarly, as the physical layout of an office changes with more attention paid to the open concept, we are seeing coworking spaces offer lockers for those bits and pieces we all still need that we would prefer to keep safe.

But coworking spaces are much more than simply an open office with long tables. There’s a science to how they are designed called Activity Based Work (ABW) - a design concept that provides employees the freedom to choose where they want to work (within the office itself) based on the type of work they are doing. It has been increasingly implemented as more people are accepting the notion that no employee “owns” their workstation.

Rather than feeling lost without a dedicated desk, studies have shown that as employees are given the flexibility to decide how to work, they feel more empowered and engaged. More than that, it also increases the number of “collisions” amongst employees or members of coworking spaces; inherent to the design are decentralized floor plans that encourage movement creating pseudo-water-cooler moments throughout the office. 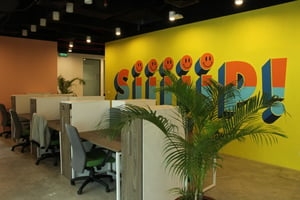 Linked to ABW is the bringing of the outside in - ensuring offices get plenty of natural light as well as the addition of plants has proven both qualitative and quantitative benefits to employees. As we are increasingly dependent on devices and screens in the workplace, bringing in natural light is an effective way to help combat eye strain, eye fatigue, and headaches caused by the exposure to artificial light.

Plants are another simple counter to the effects of being indoors for a large portion of the day. Studies have shown that having 1 plant for every 3 employees can cut CO2 levels in half and can reduce dust in the office by 20%. These types of improvements can significantly reduce absenteeism, especially for allergy sufferers.

Good for People and Good for Profits

The bottom line is that when offices are designed so that they become places where people actually want to be it improves productivity, creativity, and engagement. It goes without saying that as these all improve, so does the business overall. At the end of the day, every business needs an office and every business needs engaged employees so it’s worth the effort to design an office for the people - the new bottom line.

It’s the thought-work of people, not the automated mechanical factory equipment (until AI comes in, but we don’t see Ex-Machina type robots coming in to the popular market any time soon), that drives business.