As one of the most globalized economies in the world, Singapore is the perfect place to build a career or start your own business. It’s ranked first for ease of doing businesses because of its fast and efficient registration process and progressive tax system. It’s also rated as having the best labor force in the world, with local and foreign professionals that are known for their effectiveness and strong work ethic.

If you’re planning to start your career in Singapore, chances are you will be working within the city state’s central business district, Downtown Core. As the name implies, it is the economic core of Singapore – a 266-hectare urban development area where key districts such as Raffles Place are located, as well as government buildings like the Parliament House, Supreme Court and City Hall, and several commercial centers and cultural landmarks can be found.

The Downtown Core is one of the densest areas in Singapore, to the extent that much of it is filled by skyscrapers. These tall buildings are home to thousands of offices and commercial spaces for various industries including law firms, multinational companies, and tech startups. It’s also an excellent location for places you want to go to after a busy day in the office. From restaurants and bars, to museums and historic sites, Downtown Core has so much more to offer than just career opportunities. 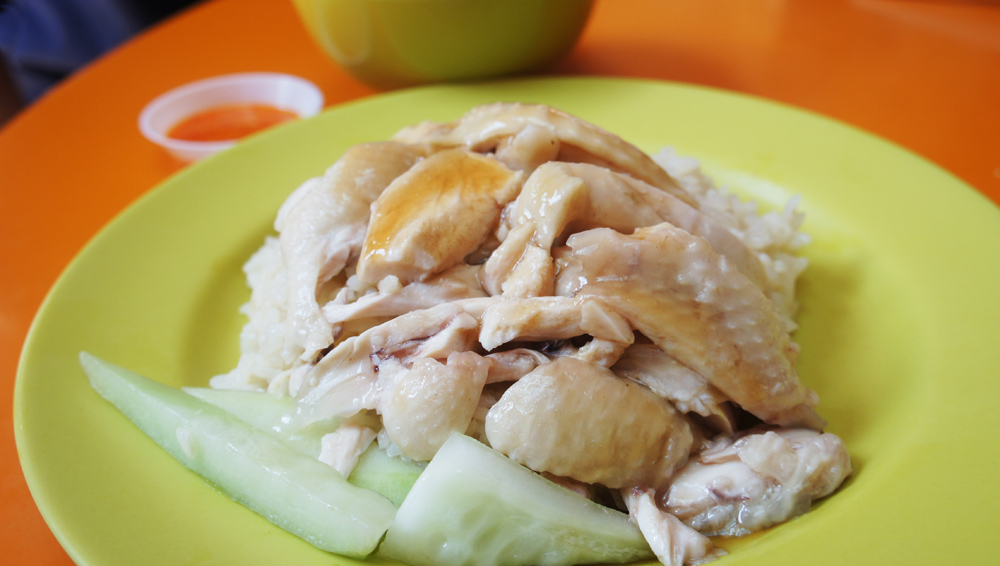 Although Singapore is a tiny island state, it is home to some of the best food in the world because of its diverse population which is primarily Chinese, Malays and Indians. This is especially true when you go to Downtown Core. From gourmet meals to street grubs, the area offers a wide variety of dining options that cater to different palettes.  Head over to the city’s many famous hawker centers for the ultimate food trip. A few blocks away from Downtown Core’s prime office suites and modern coworking spaces, Maxwell Food Centre is where you can get a taste of Singapore’s most famous chicken rice stall, Tian Tian. Even Anthony Bourdain was impressed and said that their rice is so fragrant and delicious that it can be eaten on its own. You should also check out Makansutra Gluttons Bay and Lau Pa Sat Haw Dowker Centre for a gastronomic tour of budget-friendly yet delicious street fare you can find in the City of Lions.

For a more decadent experience, near functional shared offices and large-scale event spaces in the downtown area is Oscars at Conrad Centennial which serves a superb multicultural breakfast buffet or enjoy French and Asian cuisine at Raffles Grill. Enjoy an abundant seafood platter while overlooking the incredible Singapore skyline at Equinox. For authentic Thai fare, the locals swear by the food at Sabai Fine Thai on the Bay. If you happen to be staging an outdoor event at Raffles Place, take your guests to Shinji by Kanesaka for an authentic omakase experience. You’ll feel like you’re in Tokyo when you’re there with the excellent service and scrumptious dishes.

Looking for a bar to unwind after work? Downtown Core has plenty of pubs and lounges to hang out at with your officemates and friends after office hours. Housing some of the rarest sakes in the world is BAM! Each label here is carefully selected to establish the place where locals are able to enjoy exquisite sake without having to travel to Japan. If you’re more of a rum person, Sugarhall is the place for you. Situated across a number of professional office spaces, this well-stocked bar has over 60 rare rums, some of which you can only find in Sugarhall such as the Ron Zacapa 2013 Reserva Limitada, Zafra Ron Master Reserve Panama, and Diplomatico 2000. 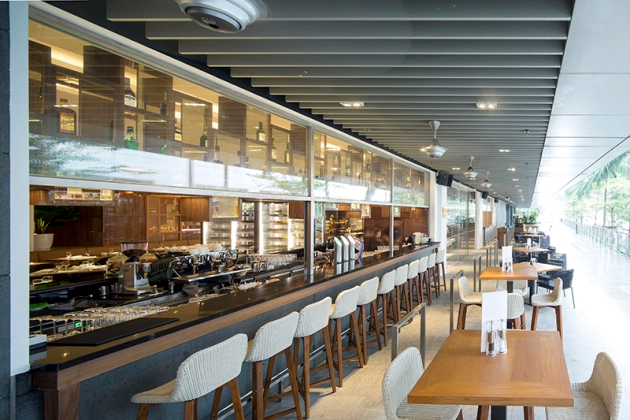 Element on Tras Street is an al fresco bar that boasts one of the best happy hour deals in Downtown Core. From 5pm to 8pm daily, draft beers go at S$9 per pint. If you enjoy dressing up for a night out, head over to House of Dandy. The ambience is reminiscent of the roaring twenties with spot-on art deco designs and furniture inside the bar. Lastly, swing by Long Bar at Raffles Hotel for a proper Singapore Sling cocktail. 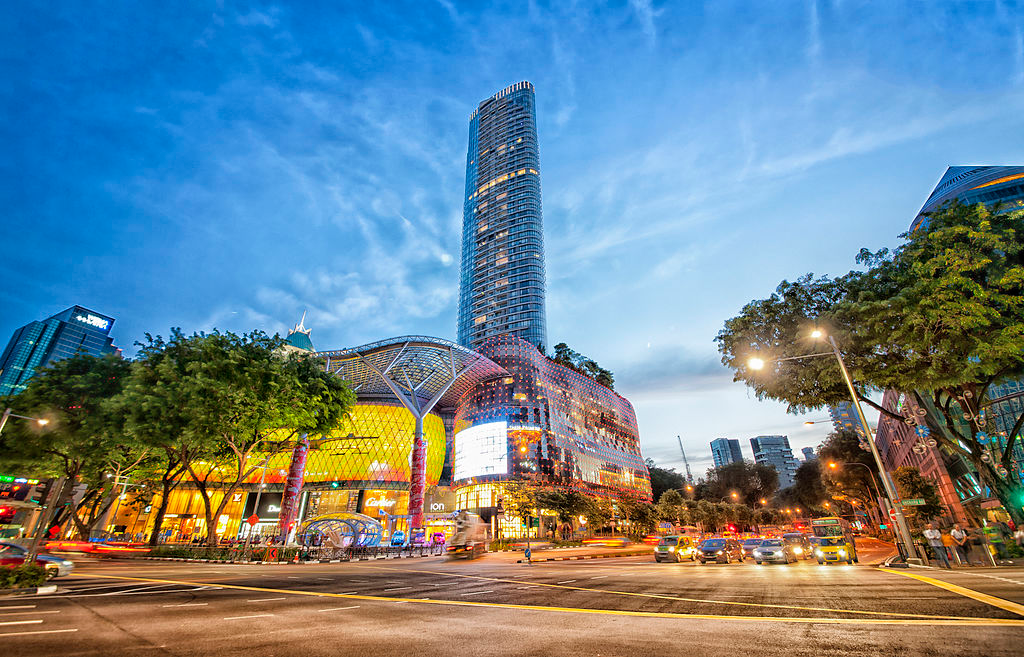 Singapore is every shopaholic’s dream come true. With a mall or flea market on every block, the city state is sometimes described as one big shopping center. You’ll find the most famous shopping landmark in Singapore at Downtown Core, which is Orchard Road. The bustling shopping belt is where you’ll find major commercial centers just across fully-functional coworking offices like Wheelock Place, Lucky Plaza, Suntec City Mall, and ION Orchard, which is touted as Singapore’s first multi-sensory experiential shopping and lifestyle mall. You’ll find almost every famous foreign brand here, from Apple to Nike, as well as luxury stores such as Louis Vuitton, Prada, and Gucci, as well as fast retail brands like Forever 21, Topshop, and Zara.

Another great shopping destination in Downtown Core is Bugis Junction. It’s a vibrant shopping mall that’s part indoor department store and part open air shopping street. It has plenty of popular brands inside including Levi’s, Converse, and Adidas, as well as some local boutique stores that affordable items like electronics, houseware, shoes, and clothes. Inside is an excellent food court with hawker-style classics.

Where to take in the culture

When you’re done shopping and you have some free time to kill, stroll around the city state and get to know Singapore a little better through some of its famous landmarks and historic sites. After clocking out of your awesome coworking space, take a walking tour along Padang and visit iconic buildings in Singapore including the City Hall, Old Supreme Court, Parliament House, and the Attorney General’s Chambers. The bronze elephant in front of the chambers was a gift from King Chulalongkorn of Siam (now Thailand) to the colonial government of Singapore when he visited in 1871. St. Andrew’s Cathedral, one of the oldest churches in Southeast Asia, can be found along the Padang as well. The four paths that lead to the cathedral form the Cross of St. Andrew. 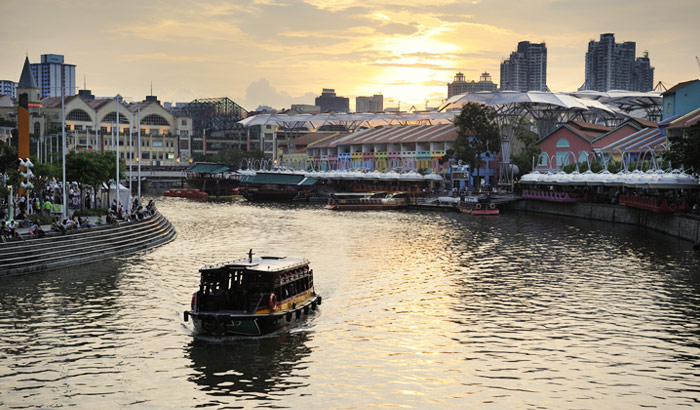 If walking is not your thing, you should try the Singapore River cruise. It’s a unique way of sightseeing in Singapore and discovering the rich history of the landmarks you’ll be visiting in the tour, such as Raffles Landing Site, The Merlion, The Esplanade, and Marina Bay Sands.

Where to break a sweat

When it’s time to burn all those extra calories after devouring plates of chicken rice at the hawker centre, you’ll find that Singapore offers a multitude of health and fitness activities for every professional’s needs and lifestyle. If you are more of a gym buff, apply for a membership at either Fitness First or Gold’s Gym, both of which have a number of branches around Downtown Core. Trying to squeeze in a short sweat session during your break? Go jogging through the parks located at Raffles Place and Padang. 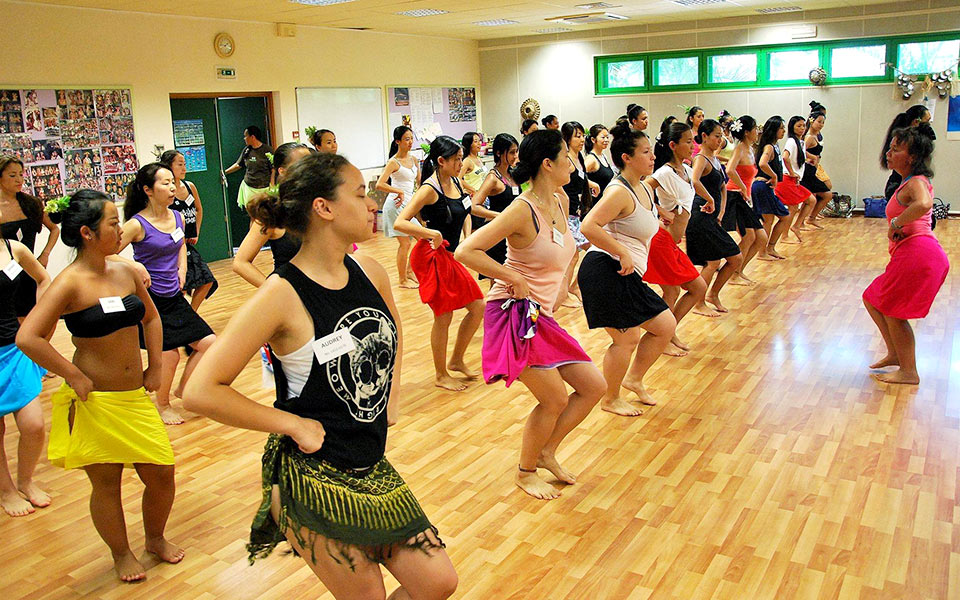 If you’re looking for an alternative to lifting weights and another run in the park, you can break a sweat through some hip shaking and hair whipping at Tahitian Dance Fitnessor do some meditation and yoga at Upside Motion. For a more exhilarating yet intense experience, join one of the dragon boating clubs like The Canadian Dragons at Downtown Core. It’s a great physical and social activity where you get to learn a new sport and meet new people after the race.

As an economic powerhouse and chief melting pot of Southeast Asia, Singapore is a fascinating country to discover and live in. Beneath all the tall skyscrapers is a unique city that thrives in its history as a colony and a mold of different cultures. It’s progressive without veering too far from its roots. If you choose to work in Singapore, you’re guaranteed to experience something new every day.

Find out more about the offices and coworking spaces in Singapore. Visit flyspaces.com and book the perfect workspace that works with your business.

Nicole is a seasoned marketer who writes to inspire and help readers discover the rapidly developing workspace industry in Southeast Asia. She is proud to work with a company that empowers other businesses to grow and operate more effectively.


Of Might and Magic: An Interview with Jowynne Khor